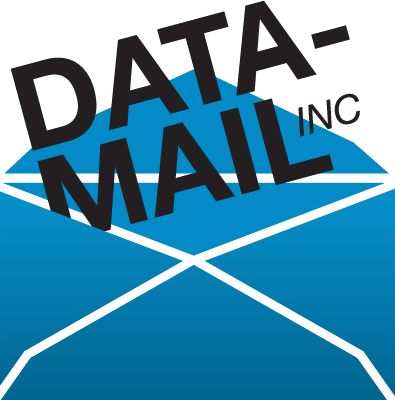 Business as usual means business at its best for Data-Mail Inc., one of the largest volume direct mail companies in the nation. The promotional mail house recently acquired its second SCREEN Truepress Jet520EX after a successful integration of its first Truepress monochrome machine last fall and a solid working partnership with SCREEN Americas.

Data-Mail, established in 1971, stands as a financially strong, family owned and operated company that produces a typical five million pieces of mail each day for its customers in financial, communications, consumer, utilities, healthcare, insurance, publishing, retail, high-tech, telecom and other markets. The company employs over 800 full-time staff at two locations in the Hartford, Conn. area with more than 500,000 square feet of production space for its around-the-clock operations.

“We operate from our core principle of being vertically integrated,” said Peter Barzach, Data-Mail’s vice president of operations.

“We offer a full gamut of services including offset printing, data processing, bindery, letter shop, commingling, personalization, mailing and so on, to some of the biggest companies and agencies in the US.”

Triggered by consolidation in the industry that drives prices down, Data-Mail answered the pressures to remain competitive by searching out new technology that would increase productivity levels and speed to market. “Our customers are expecting us to deliver a quality product and larger quantities in a shorter time and at the right price.” he said.

“Another reason we like SCREEN is the density of their ink and flexibility of their box. It’s the technology of the future.”

Before purchase, Data-Mail considered multiple factors contributing to the total cost of ownership, including a business model that would eliminate clicks but include cost of ink: “We looked at everything from clicks to productivity. Maintenance charges translate into clicks. If you can run a machine 90% of time vs. 50% of time, that means a lot. Capital cost is critical,” he said.

The team at Data-Mail evaluated the Truepress Jet 520EX during its performance trial using five criteria: 1. a fast and powerful RIP; 2. the ability to run uncoated and coated stocks of different weights; 3. ink density; 4. competitive ink costs; and 5. up-time.

“Because we’re running black, the Truepress gave us more flexibility. In migrating from toner, SCREEN showed itself as one of the better devices we’ve tried. We looked at other products. SCREEN performed very favorably,” Barzach explained. “The print quality is great.”

The Truepress also effectively accommodates Data-Mail’s run lengths, which can be as much as 5 million feet per day with multiple versions. “Versatility is a big factor in the promotional space,” he said.

“And since we are a very large operation, we are going after that extra capacity and extra efficiency. The Truepress allows us to basically produce a top quality product in larger quantities with a shorter turnaround time,” he said.

Data-Mail’s customers have been happy with the results. “If our customers weren’t pleased, we would not be adding another machine.”

“At the end of the day, SCREEN has a very good machine for our uses, and we have a very good partner in SCREEN. We’ve pushed the technology, tested the limits and SCREEN was able to make the adjustments. They’ve listened to our ideas and incorporated most of them into the Truepress software. They were flexible in making the machine we needed.”

“We’re working closely together with SCREEN and have a good working partnership,” he said. “We intend to keep working with them on all sorts of things!”