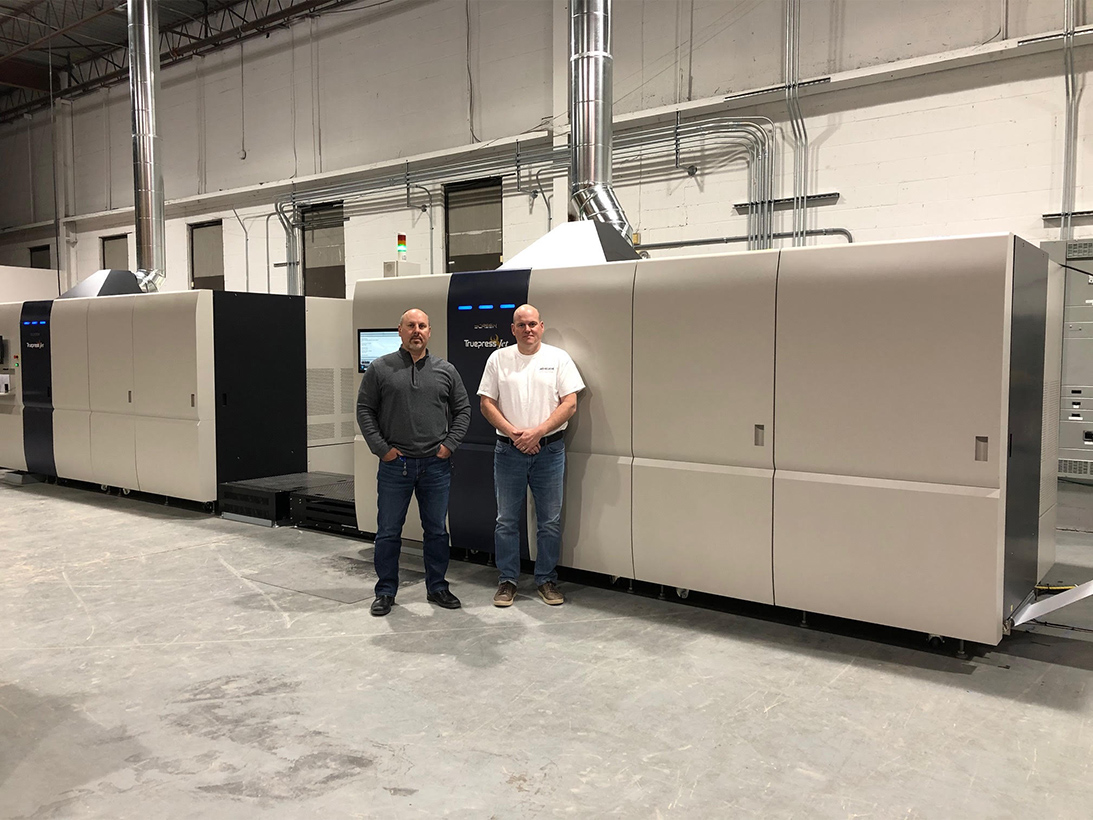 SCREEN Americas announces the sale of its Truepress Jet520HD to Art & Negative Graphics, Inc. of Lanham, Maryland. The press, which was installed in March 2021, will contribute to the family owned and operated company’s legacy of purchasing SCREEN equipment.

In 1981 Art & Negative Graphics began as a full-service prepress shop and during its early years invested in a Direct Scanagraph SG-608 drum scanner followed by two Direct Scanagraph SG-757 drum scanners by SCREEN. It wasn’t long before the employees of the humble prepress shop found themselves producing 90-100 scans per day for its customers. SCREEN’s Sigmagraph Systems were soon added to its selection of equipment and by 1988, Art & Negative Graphics was operating three shifts per day with 20 employees leading the company to relocate to a 10,000 square foot space in Bladensburg, Maryland.

The arrival of computer-to-plate technology in the industry forced Art & Negative Graphics to reconsider its position in the marketplace and in 2001 it made the transition from a prepress operation to a full-service commercial printer and relocated to its current facility in Lanham, Maryland. In 2002 it began offering mailing and fulfillment services and in 2005 it expanded its operations to include digital printing and die-cutting applications.

Today, Art & Negative Graphics has 37 employees and occupies a 60,000 square foot facility. With high-end clients expecting high-quality work finished expediently, management at Art & Negative decided it was time to advance its automation and make a further investment in the direct mail side of the business. The installation of the Truepress Jet520HD has allowed Art & Negative to produce work much faster with fewer touches to the technology. The firm is also looking forward to the additional opportunities it will have with more complex variable data and to the minimal interaction, its operators will need to have with the press. Art & Negative’s long-range plans include reducing the amount of offset equipment it has acquired over the years and making SCREEN’s inkjet technology the centerpiece of its operation for direct mail.

Easy and direct access to the company’s president, Ken Ingram, was also important to Art & Negative. “We know from experience that our customers are choosing a partner as much as a piece of equipment,” said Mark Schlimme, vice president of marketing for SCREEN Americas. “Our customers make an extensive investment in SCREEN and access to our total organization, from sales to service to operation, very quickly becomes ‘mission critical’ for our customers. We want to be as flat and transparent as possible because in the end it’s all about service.”

SCREEN Americas is proud to have come full circle with Art & Negative Graphics. Just as the one-time prepress company has had to reinvent its business to become a full-service commercial printer, so has SCREEN had to advance its technology to meet the needs of its customers.

Founded in 1981 and based in Lanham, Maryland, Art & Negative Graphics is a full-service commercial printer specializing in direct mail, mailing and fulfillment and signage.