SCREEN Americas announces the sale of its Truepress Jet L350UV+ to Alliance Graphics and Printing in Houston, Texas. The sale marks the first label press sold by SCREEN Americas to a Texas-based printer paving the way for an increase in label production in the region.

As one of the first adopters of digital inkjet technology for label production in Houston, Alliance Graphics and Printing has grown its label business to a $9 million enterprise with $11 million in revenue expected in 2021. Its owner, Jeff Birmingham, observed an increase in demand for labels in conjunction with the need for additional hand sanitizer products in 2020. “That’s what really sustained our business during the pandemic,” said Birmingham, whose 32-year-old company also offers commercial, specialty, direct mail and fulfillment services totaling $24 million in annual revenue.

Already familiar with inkjet technology, Birmingham turned to SCREEN Americas and chose the Truepress Jet L350UV+ with white and orange color options in an effort to capitalize on the growing demand for labels. The press resides in one of Alliance Graphics and Printing’s two facilities and is responsible for printing the company’s most sophisticated labels.

As a printer who once owned and operated five flexographic presses for his label business, Birmingham now operates only two. The speed offered by the Truepress Jet L350UV+ has allowed him to transfer many print jobs traditionally reserved for his flexographic presses onto SCREEN’s technology. It has also allowed him to tap into markets and obtain certain jobs that would have otherwise been impracticable on his other digital inkjet presses. “I have three other digital inkjet presses from another manufacturer and the Truepress Jet L350UV+ is faster than all three of them put together,” said Birmingham. “Because of SCREEN, my capacity has increased by 80 percent.“

The choice to invest in the Truepress Jet L350UV+ was not just limited to the engineering behind the press. Birmingham wanted to become familiar with SCREEN Americas’ personnel including those who worked in the billing and service departments. Gaining a sense of the employees’ competence and knowing that the SCREEN team had his best interest at heart was important to him.

Alliance Graphics and Printing looks forward to investing in another digital inkjet press from SCREEN. With label production flourishing in Houston, Birmingham knows that he will need to stick with SCREEN in order to compete. 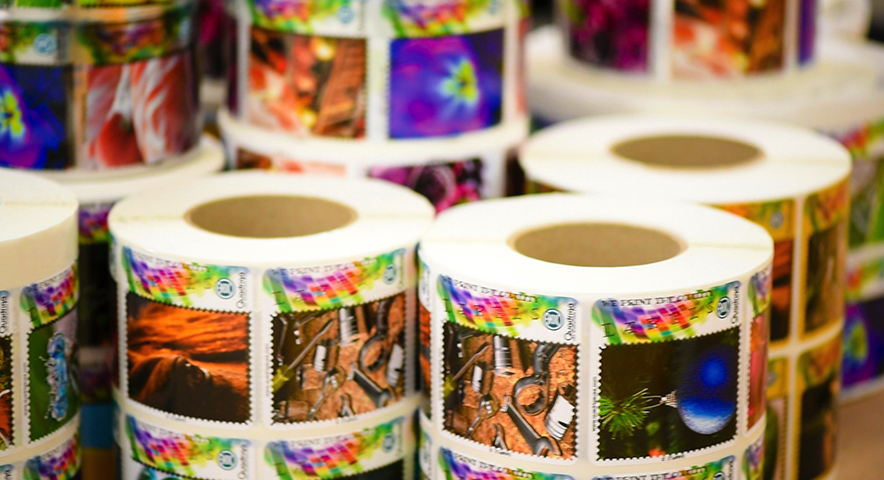